How Much Will It Cost to Defend Lawsuit? Cost of Civil Litigation

Cost to Defend Lawsuit – How Much ?

One concern by prospective clients often heard about lawyers is that they will not commit to firm predictions on fee and cost estimates and, instead, give vague and wide ranging possibilities. As discussed below, there is good reason for this.

The difficulty in providing a Cost to Defend Lawsuit — a precise estimate — is relatively simple. Unlike repairing an automobile or

installing a swimming pool in the back-yard, litigation is a form of warfare against trained and presumably effective opponents who have their own agenda and strategy. As one general wrote, “No plan survives contact with the enemy.” That can also pertain to litigation.

A defendant (i.e., the party being sued) has one and sometimes many adversaries seeking to jockey for a better position and to impose their will on the opposite side. For example, a deposition which should last a a few hours can be made to last all-day by an aggressive opponent or even by a co-defendant whose attorney is too detail oriented…and the costs necessarily exceed the budget.

Litigation is prone to surprises. A witness changes his testimony in a deposition. A new document is discovered which changes the landscape of the case. A party who was supposed to be nearly bankrupt suddenly finds substantial funding and can afford a scorched earth type of

litigation and insists upon taking a dozen depositions. All these things can and do happen.

Even outside the scope of the litigation, events can occur that alter the initial budgetary analysis.

A witness disappears or, even, dies. Documents are lost; documents are found. Or, suddenly the business being fought over has very limited value or shuts-down.

Yet, often a range of costs can be offered and ‘decision points' can be created in which the litigation plan is altered predicated on a change in circumstances.

One thing that can never be given is a “guaranty” of results or an absolute precise estimate of fees. 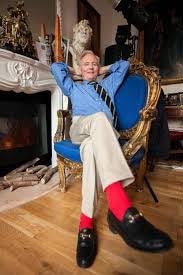 Variables: The Type of Opponents

Who you fight matters. If going against a well-funded opponent who has in-house counsel, you must assume a good deal more discovery than a small company already close to the economic edge.

Few individuals, as opponents, will freely spend the money in litigation that a company, which can deduct the cost, will. The litigation history of the opponent can also often be discovered and can give a good idea as to the likely reaction and allocation of resources to be made by the opposing counsel. 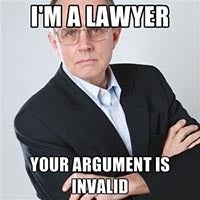 Most experienced counsel say that having a good and experienced opponent is always better in a case since money is not wasted in useless bickering and posturing; and the issues are quickly put on the table for analysis and possible resolution. However, even a good lawyer from certain jurisdictions (Southern California and New York are often cited) have a methodology that is usually extremely aggressive and expensive; and some lawyers are given “marching orders” by their own clients to spend a great deal of money to force the opponents to their knees.

Cost to Defend Lawsuit Estimate Will Never be Precise

The 19th Century poet — Samuel Taylor Coleridge — wrote a comment that can be applied to the peculiarities of budgeting for litigation, “No man does anything from a single motive.” And with multiple motivations and multiple parties, an estimate of legal costs can never be precise.

Work With the Attorney To Create a Budget Plan

Litigation is War — Expect The Unexpected 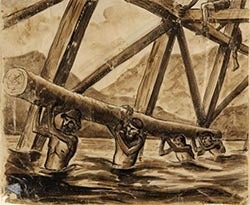 There was a scene in the 1957 Academy Award winning movie, The Bridge Over The River Kwai, where the Japanese commandant of a prisoner of war camp (Col. Saito, played by character actor, Sessue Hayakawa) said a very realistic statement to an officer of the British soldiers — after that officer tried to educate the Col. Saito about the rules for prisoners under the Geneva Convention.

Upon Col. Saito hearing the British officer tell Col. Saito what he was not supposed to do to prisoners of war under the Rules of the Geneva Convention, Col. Saito barked-back with:

Same with Litigation . . . it is War, and rarely anything less.

Are You Being Sued? | Considering Litigation ?

If you have been sued, or, if you are considering litigation, give me a call and let's brainstorm your situation. In circumstances where people owe you money (where you are suing), cases are often more a slam-dunk and less costly to get the results you are looking for than general litigation where you are the defendant. Either way, call me, John J. Hamilton, at (949) 552-1170 for a free Phone Consultation to kick the tires of your case.